People connect by playing interactive games, but why? Here, we take a closer look at what’s happening when we play together.

Some 96% of people report feeling closer to one another when they are playing interactive games together. Very few things accomplish this level of near unanimity. Gaming once thought to be a solitary pursuit clearly has an immense social power.

What is it about interactive games that bring people so closely together? In this article, we take a look at some of the many social benefits people experience when they share some time over a game. 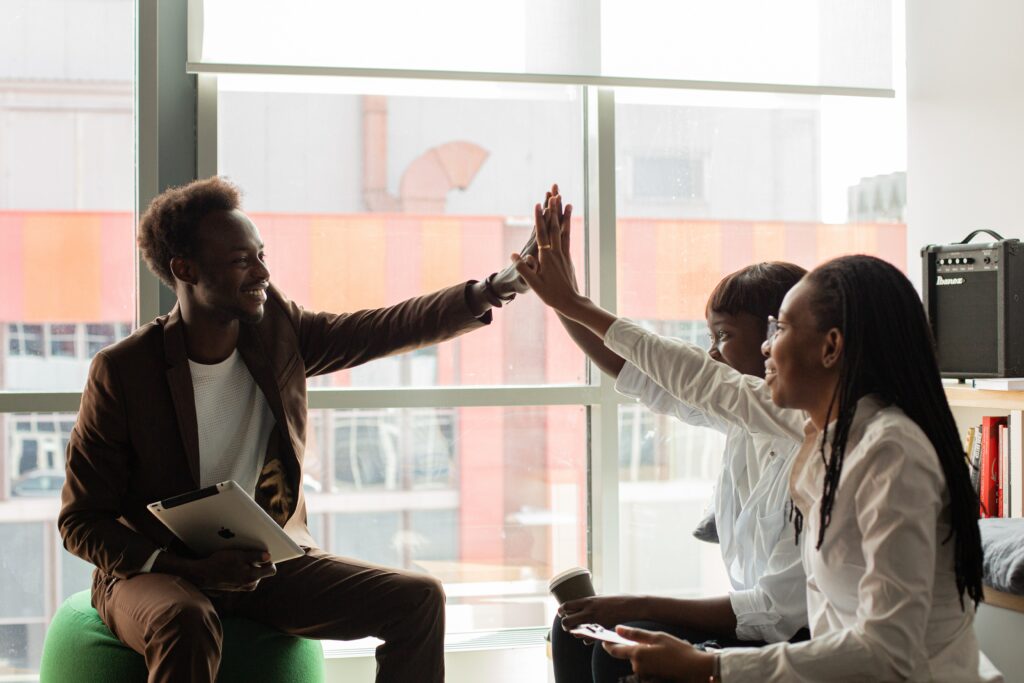 In the grip of routine, it’s not uncommon for people to lose some presence in the moment. While many Americans struggle with mindfulness, playing interactive games has a unique ability to pull people out of their own heads. Because games are immediate and reactive, they are uniquely positioned to require everyone in the room to concentrate on what is happening in the moment.

Not only is this level of mindfulness good from a mental health perspective, it also facilitates strong connections. By sharing a moment so completely, rooms full of people are able to create lasting memories and bonds.

While some games like Solitaire are solo pursuits, many benefit from some level of collaboration.  Games that require teamwork, such as team Live Trivia, are naturally well equipped to also facilitate bonds. Indeed, some studies have suggested that coworkers who play collaborative video games together for just 40 minutes can boost their productivity by up to 20%.

What does this tell us? Besides being enjoyable, playing interactive games is a pursuit that pays dividends in the long run. A modest investment of time in gaming can have a ripple effect that produces not just friendships, but also lasting workplace benefits.

Simply put, playing interactive games is also just a lot of fun. Fun is a natural facilitator for good relationships. That’s why you don’t often hear about people forming lasting connections in line at the DMV.

For one thing, people tend to mirror the emotions of the people around them. This empathic reflex accounts for the palpable difference between the energy in a room where games are played versus that of a grocery store. As the philosopher Albert Schweitzer said,

“Happiness is the only thing that multiplies when you share it.”

There is a natural relationship between happiness and the shared fun of playing interactive games together. Playing them with groups of people, at your office or otherwise, will connect people socially and boost happiness.

It’s easy to break people’s lives into neat little categories. There’s the developer, the salesman, the family member, and the fun-loving friend, carefully divided into segments that don’t interact or overlap. While the instinct to create these characterizations is natural, it’s also a simplification.

People bring every aspect of themselves with them into work. It’s perhaps because of this that playing interactive games is as powerful a force as it is. Gamifying a conference or a meeting has benefits that ripple outward long after the fun has ended. Coworkers may leave the game as friends with a better understanding of one another, and friends may come to work the next day happier and more productive than they ever were before.

Duelbox has 8 different Live Trivia question types to choose from. Here’s some anagram questions for your next show.

Duelbox is welcoming a new team member! Our newest addition, Gabor, is joining the team as a UX/UI and Graphic Designer.

Duelbox is coming to live sports! Duelbox will increase fan engagement in the arena and provide a new sponsorship revenue stream for teams.